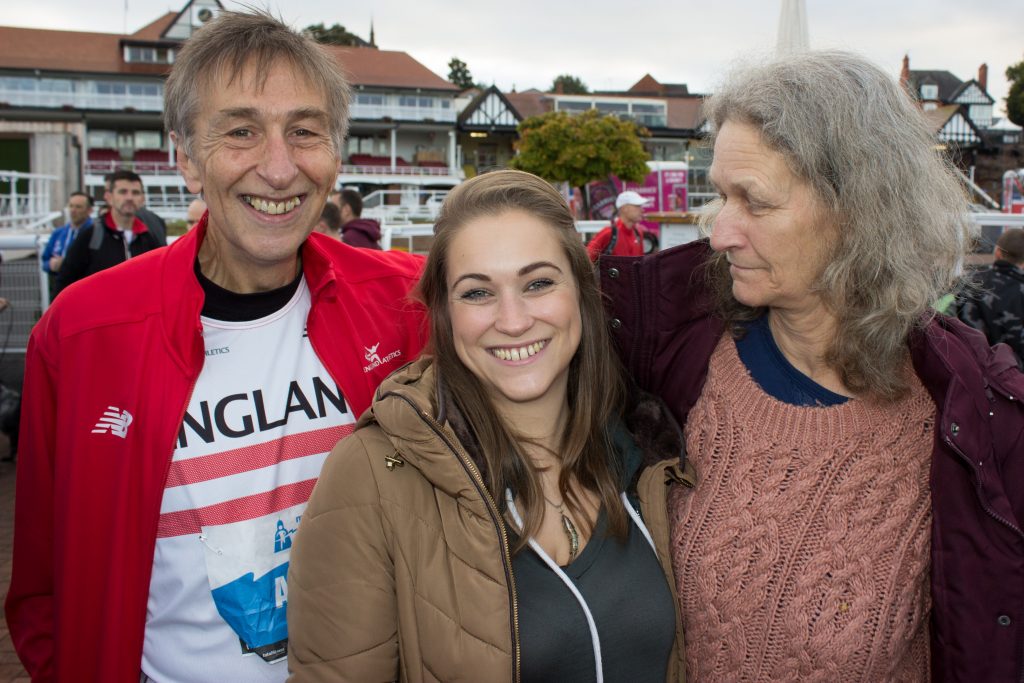 It hadn’t been a good taper. All year long I’ve had a troublesome left achilles. Now a week before Chester, the right one had started playing up. Worse, I’d been fighting off a cold for a week – in the last couple of days it had moved onto my chest. I’d done almost no running in the final week. But I couldn’t not run. after all, I was going to be running in an England vest for the first time, for the over-65s team.

But once I got into the race, all thoughts of chest and achilles were gone, as I’d hoped they would be. And I was going fast – too fast. I’d planned 7:10 – 7:15/mile but I was anything up to 15 secs/mile faster. The 3 hour pacers overtook me, but I stayed with them, losing a bit on the uphills, catching them again going down. I tried to force myself to go slower, but at the same time I didn’t want to lose momentum, running with my little group. And so it continued till halfway, with the 3 hour group still in sight, about a minute in front.

That’s when it start to get harder, as we turned to run back north. There was only a light breeze, but enough to make running the gentle uphill slope in miles 13 and 14 an effort. In mile 16 there was a serious hill, and now I knew I hadn’t left enough in the tank – it was a real effort to keep going.The crowds in the villages gave us fantastic support – even if I was wearing my England vest in Wales. (Although for a time, I heard a bit more support for the guy just behind me: “Look, it’s Captain America.” Maybe that’s the team I should run for next time!).

At mile 20, my running buddy, Mark, sadly injured today, but popping up all over the course to support me, roared me on – ‘Come on – go – next mile in 7 minutes.’ I couldn’t quite manage that, but it spurred me on again and the pace came back. (Mark now tells me that’s not what he shouted at all – he was telling me I had a 7 minute age-cat lead. Chinese whispers.) 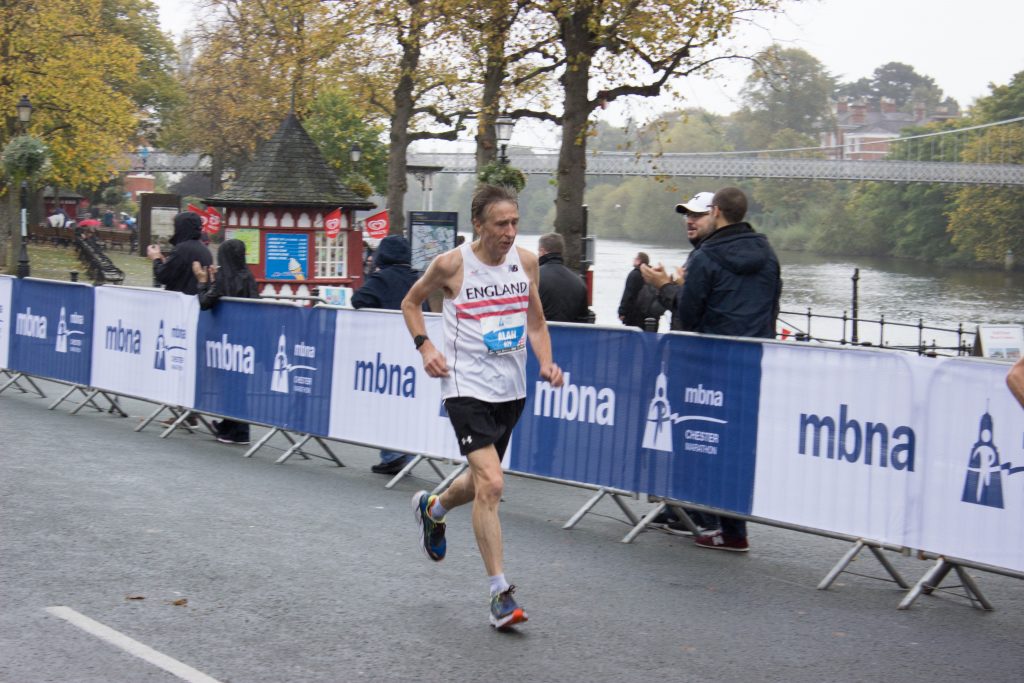 I’d been warned about the mile 24 hill. Another buddy from the Fetch Everyone website, Ellie, said she’d be cheering on from the top of the hill. I went up a rise at mile 24, thinking it wasn’t too bad, and wondering where she was. That wasn’t the hill. I saw another one looming up in front of me, and wondered how I was going to manage. And then at the bottom, there was Ellie, running towards me. ‘Come on Alan. You can do this – I’m going to run it with you.’ Without Ellie, I don’t think I’d have made it. As I weaved from side to side, half-falling into her, she was coaxing me on, telling me how it would be easy from here on. ‘I’d rather run than be standing here in the rain’, she said. I hadn’t even noticed it was raining, oblivious to almost everything outside my head.

And so that final run-in through the crowds, completely spent, unable to give anything more. I completely missed our little family group, cheering me on. Keep going. No heroics. Don’t let those cramps take hold. Easy. Along the river bank and right onto the race course. Grass and mud. Where’s the finish? There. 3:11:50 in my second marathon. And there was an England Athletics official telling me I was the first over-65. (By 10 minutes as it turned out.) And there, waiting, was Mark again: ‘A 10 minute PB – well done!’ 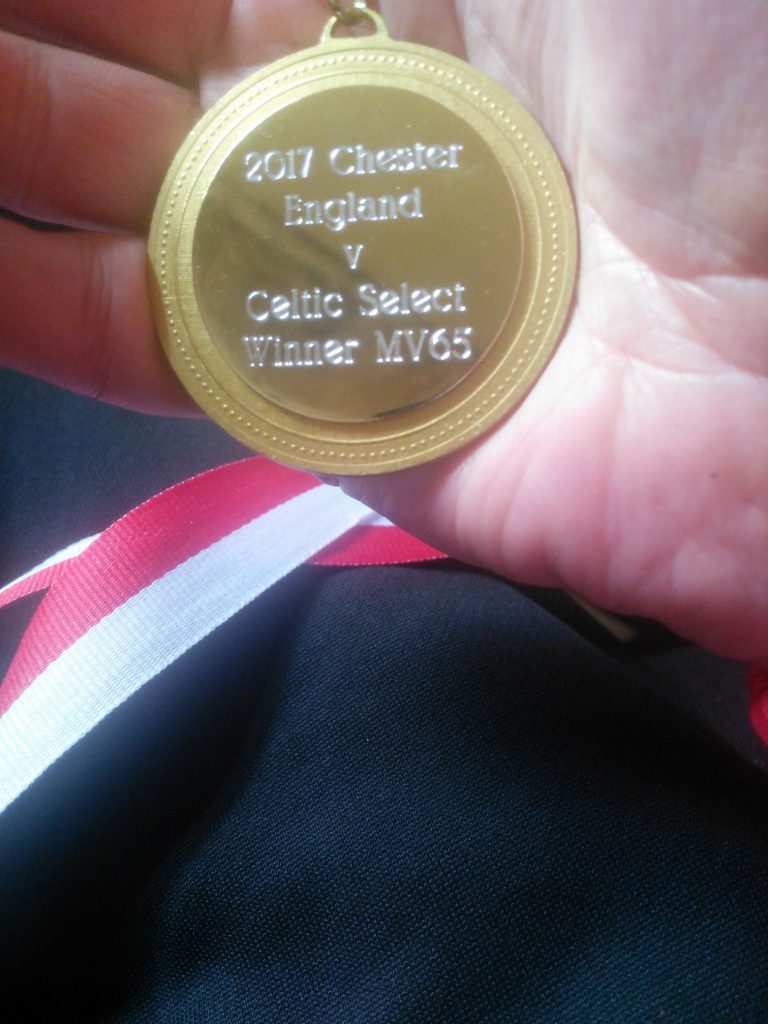 I’ll learn to run marathons better, the second half definitely. But I’ll be lucky if I ever get the same incredible support I got from my running-friends today. It made me quite emotional – when I caught up with Josie and Lena 10 minutes later, I found myself welling up as I described that final hill and Ellie’s help … I’ve never felt quite like that at the end of a race. They ask us why we run marathons.

This is why. Thank you both.