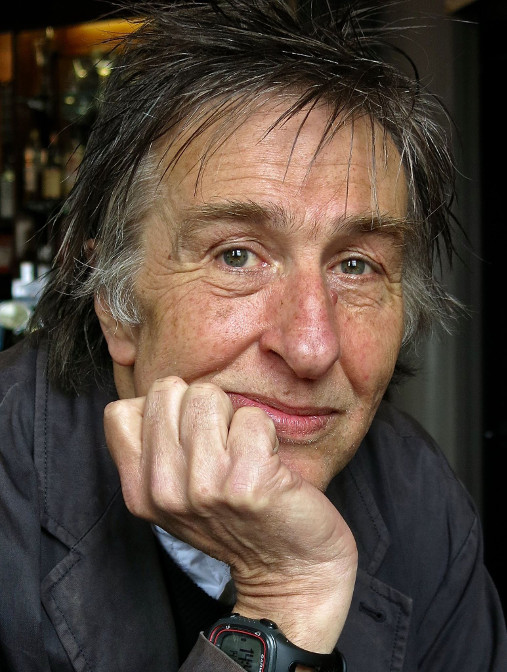 Ever since the mid-1980s I’d been making (and occasionally breaking) businesses – building a home computer, helping kids in the Arab Gulf into their first jobs, developing HR software. Working hard. Having fun. Then it all came screeching to a halt 5 years ago when my wife, Lena, was diagnosed with Alzheimers. After all the years she’d supported me, it was my turn to give back.

As usual, I threw myself into my new job, my role as a carer. At first it was easy, another new adventure. We were going to beat it. and prove you could live well with dementia. For me, it was an unexpectedly productive time. I finally published that first novel I’d been going to write for 30 years. I started running, and found I was pretty good at it – I even got to wear an England vest, representing my age-group in a marathon.

But as time passed and Lena’s condition deteriorated, I began to feel the strain – just as you would in any job that stretched from morning to night, every day of the week. Suddenly Alzheimers seemed to dominate every moment of our day, and I needed to break out, for my own health and sanity.

Then in the 2017 General Election in the UK, politicians all stated talking about the crisis in health and adult social care. Clearly the money was running out. I did some research, and came across David Cameron’s 2012 pledge – to make ours ‘the best country in the world for dementia care and support and for people with dementia, their carers and families to live’ by 2020. Well yes, it was true that public awareness had been raised: we now had Dementia Friends and Dementia Champions and Dementia Alliances … and even Sensory Gardens! But how had any of this made any real difference to people like Lena and me? People living with dementia ‘in the community’ – that’s what the official label was. Well our house might have been in the community, but we most certainly were not. We were living with dementia within four walls, increasingly cut off from the community.

And I began to think. What if the money wasn’t the real problem? What if it was the system that was wrong? What if I could come up with the answer to a national problem? Saving money and enhancing the quality of care. Ending the isolation of over a million people and putting them back in the community. A project began to take shape – The Care Combine.

This website brings together all these different strands of my life. It’s partly for me – I know it’ll be important for me later to look back at this time in my life and remember every minute. But it’s also for you – especially if dementia is affecting your life in some way. Sometimes from the worst of experiences, good things can happen, and I hope that’s the message that will ring loud and clear from these pages. We don’t have to make the best of a bad situation. We can try and change the situation instead. And if we all work on it together, with projects like The Care Combine, the more likely we are to succeed.